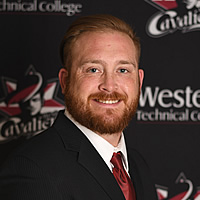 Josh Knoll has been the head coach of Western’s baseball team since 2016. Prior to his stint at Western, Knoll had been a graduate assistant at York College in 2015, as well as pitching coach and recruiting coordinator at Western from 2015-2016.

During his time at Western, Knoll has helped grow Western’s recruitment efforts, expanding Western’s roster from 12 to 35 players in four years. Knoll and his staff are excited to return to the diamond in 2022.

Knoll, a native of Sparta, WI, received a Bachelor’s Degree in Sport Management with a minor in Business. He is engaged to his loving finance, Libby. He enjoys spending time outside on the Mississippi River with family and friends and their dog Wrigley. Go Cubs! 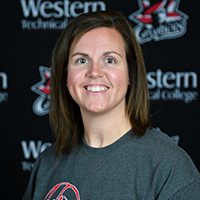 Jen Watson has been the head coach of Western’s volleyball team since 2012. Prior to her time at Western, Watson has served as coach for numerous volleyball, basketball, and softball leagues at the youth and high school levels.

Watson’s success at Western is growing. During the 2019 season, the Cavaliers had their best season on record, finishing one spot out of the conference playoffs. Watson fully expects Western to be competitive this upcoming season.

Watson, a native of La Crosse, currently works with youth with mental health, supporting them with reaching identified goals and being productive community members. In her free time, she enjoys to workout, play ball, and spend time with her family. 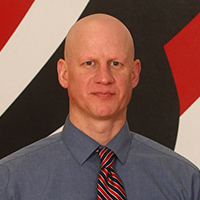 Brent Thill has been the head coach of the women’s basketball team since 2019. Prior to his time at Western, Thill was an assistant men’s coach at UW-La Crosse from 2009-2011, Winona State University from 2013-2015, Sterling College from 2015-2017, and Lindenwood University Belleville from 2017-2018. He also spent four years coaching at the high school level at Melrose-Mindoro and Gale-Ettrick Trempealeau in Wisconsin.

During Thill’s stint at Western, the women’s basketball team has become a national powerhouse, winning the 2020 NJCAA Division III National Championship last season. Thill fully expects the Cavaliers to be a contender in 2021-22.

Thill is a native of North Bend, Wisconsin, and has a Master’s Degree in Athletic Administration. 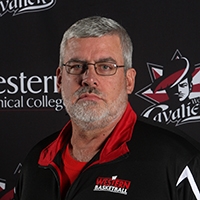 Erik Wuensch has been the head coach of the men’s basketball team for nine seasons. Wuensch has over 40 years of coaching experience in the region, including a successful stint at La Crescent High School, compiling a 49-4 overall coaching record.

Wuensch has been continuously building upon success, but believes it is even more important for young men to grow through the experience and become successful after they graduate and get out in the real world.

Erik is married to his wife Jeannette, and has three children: Jessica, Kristina, and Alex. 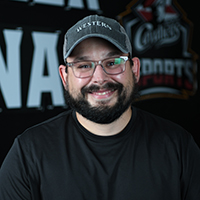 Cody Murphy has been the head coach of the Esports team since 2021. Murphy brings several years of gaming experience. He first developed a passion for gaming on the original Nintendo Entertainment System. He also competed in local tournaments throughout high school and continued into competitive gaming throughout college.

Murphy is the first head coach of Western’s newly formed Esports program, which launched in May of 2021 and expects to begin play in the fall. He’s very excited to begin building a program and creating history with the team.

Murphy is a two-time graduate of Western in the Criminal Justice and Computer Support Specialist programs. He currently works at Western as a PC support technician at the Lunda Center. He enjoys movies, fishing, the outdoors, and spending time with his family. 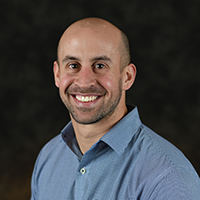 Ryan Monroe has been the Athletic Director at Western since 2020. Monroe also serves as Western’s Wellness Center Manager, overseeing the state-of-the-art facility and managing the College’s employee wellness plans.

Monroe grew up in Ossian, Iowa, and has a Master’s Degree in Exercise and Sport Science, as well as a Master’s of Business Administration. He is married to his wife Kelsey and has three daughters: Josephine, Eleanor, and Adalyn. In his free time, he enjoys spending time with family, exercising, and watching sports. 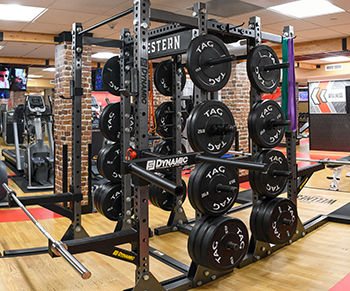 Develop student athletes physically and mentally to reduce injuries and optimize performance. Student athletes will be expected to train in physical strength, power, and speed, and to grow and learn real life skills that will carry on outside the weight room and college. Being on time, developing communication skills, and improving confidence will ensure successful athletic and personal careers.

Expectations as a Cavalier

Western’s Wellness Center is the heart of Cavalier athletics. Located in the lower level of the Administrative Center, this facility underwent extensive remodeling back in 2018 to meet the growing demand for health and wellness initiatives for Western students and staff.

Holy Cross Seminary Gym, located at 3710 East Ave. South in La Crosse, has been home of the Cavaliers men’s and women’s basketball and volleyball teams since 1990.

Copeland Park, located at 1130 Copeland Park Drive in La Crosse, has been the home of the Cavaliers baseball team since the late 90s. Built in 2003, this stadium on the north side of La Crosse is the home to the La Crosse Loggers of the Northwoods League. The stadium holds approximately 3,550 people.

In 2014, the field underwent extensive renovations, including the addition of a field turf infield, as well as a videoboard expansion in left field.

Located in the Kumm Building K024, the Cavalier Arena is a state-of-the-art Esports facility established in 2021. The Arena includes an array of gaming stations including computers, PS5, Xbox Series X, and Nintendo Switches.

For a full list of results on Western’s athletic teams, visit mcacsports.org or njcaa.org.