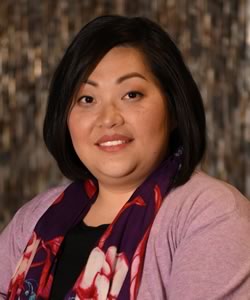 Mao Kong is a registered nurse at Gundersen Health System and a prominent domestic violence advocate in La Crosse.

Kong, of Onalaska, is a 2011 graduate of the Nursing program. She moved to the United States from a refugee camp in Thailand at age 10. Following her time at Western, Kong received her bachelor’s degree in nursing from Winona State in April of 2017. During this time, she worked at Gundersen, eventually becoming the clinical manager of the Urgent Care department.

In addition to her nursing career, Kong is a strong advocate for domestic violence survivors in the La Crosse area. She has served as the Multicultural Advocate on the Domestic Abuse Reduction Team, and partnered with La Crosse Police officers in providing services to victims of sexual assault, domestic violence, and human trafficking. She has also served as Diversity Coordinator for UW-La Crosse, Viterbo University, and Western Technical College.

If you would like more information about the past recipients visit https://community.westerntc.edu/DistinguishedAlumni or please contact the Alumni Association at alumni@westerntc.edu or 608-789-6083.